Maria needed a high quality photo to apply for new jobs through LinkedIn. Shortly after shooting with us and adding the headshots to her LinkedIn page, she was approached by two companies with job offerings! 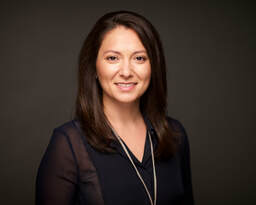 Maria Benvenuto is a native New Yorker who received her graduate and undergraduate degrees at Fordham University. She taught for nine years and worked as a principal for two, and was in the process of searching for a new principal job in another school district when she decided she needed a headshot.

Maria wanted a photo that would present a professional appearance for applying to jobs and networking on LinkedIn, and she needed something she'd feel comfortable posting onto her website, email correspondence, and social media profiles.

She did some research online, found our website, and decided to book with us because our photos looked "very natural and not overly made-up."

"I liked that there was a wide range of photo styles I could choose from. I liked that you had a makeup and hair option included because I’m not photogenic and needed someone who could guide me through the process of getting ready for the camera." 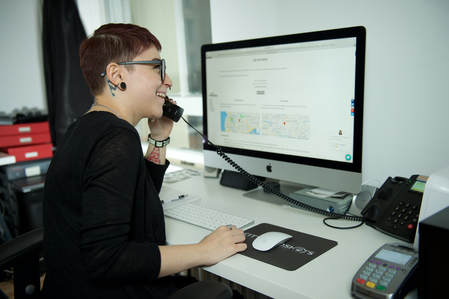 Maria needed more than just a professional headshot. She came to us with the following requests:

"I was in a challenging situation because I look very young. I didn’t want to compromise who I am, but I also wanted to look older so people would see me as more experienced. I'm competing against people who have been in the industry for 20-30 years! but I know that my energy and youth is an advantage, so I wanted a photo that could capture both." 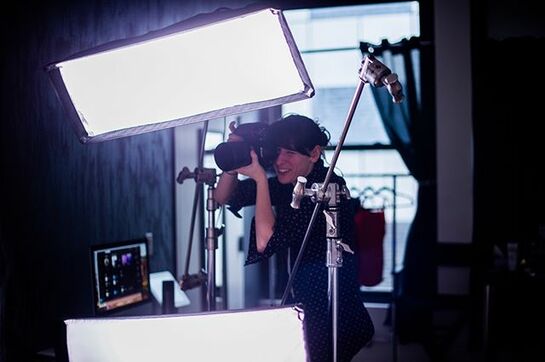 Maria decided to invest in the Single-Look shoot with makeup. During the consultation process and throughout the shoot, we made some recommendations to ensure she would get the best possible results:


We did a series of expressions on a single backdrop and made sure the shoot was quick and painless. We sent her all the high-res photos the same day and she was so happy with the results that she chose not to have any retouched.

"The photographer was just having a regular conversation with me throughout the shoot, which helped me feel like I wasn’t even having pictures taken. The conversation helped make the session go by really fast and it definitely wasn’t as painful as other photoshoots I've done in my life."

The final photos helped Maria in her job search process! Here are just a few of the results she had:

Headshots pay off, and we'd like to congratulate Maria on her success!

Before her headshots, she felt like her online presence wasn't complete and she didn't feel comfortable applying for new jobs. After her headshots were done, she was not only able to start an online tutoring business, but a few companies actively reached out to her to request that she work for them!. 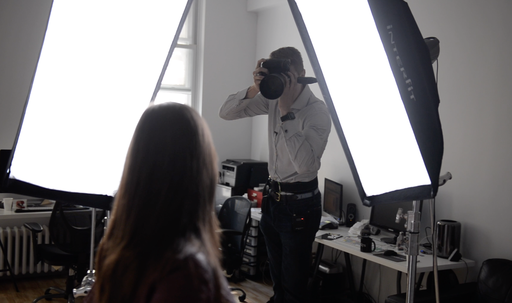 ​A Quote from Maria:

"City Headshots effectively showcased who I am on a daily basis. Actually, they framed my 'best day' look and have made it available for me to use digitally. Now, my digital 'first impression' is my absolute best impression! I would highly recommend City Headshots because they are easy to work with and don't cloud your head with their own thoughts. they give you the room to be yourself even in a context that is not your own." 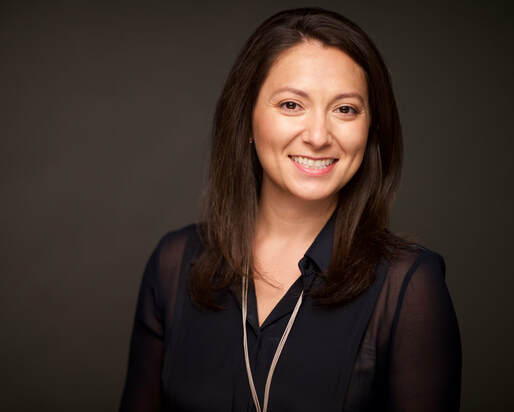